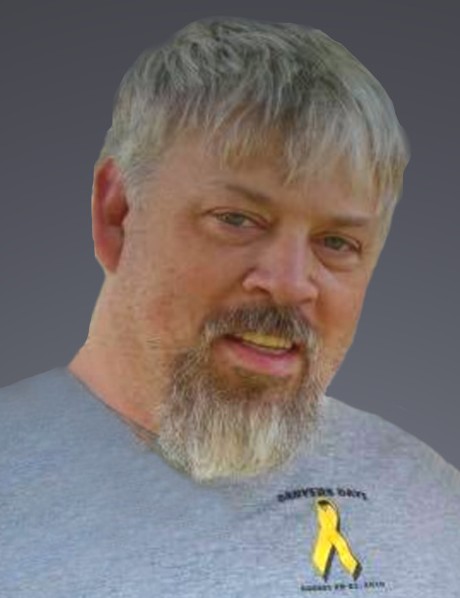 Also surviving are three daughters, Sarah (Andrew) Taets of Kewanee, IL., Rachel DeGroot and Erin Zimmerman, both of Congerville, Ill; two grandchildren, Emma and Hadleigh, with another one on the way in December; his mother, Deloris Zimmerman of Washington; two brothers, Derrin Zimmerman of East Peoria and Joel (Heidi) Zimmerman of Murphysboro, Ill.; and two nieces.

He was preceded in death by his grandparents, father, and one sister-in-law, Cheryl.

Andy graduated from Dee-Mack High School and was a United States Navy veteran, serving on the U.S.S. Enterprise. He was an Electronics Technician for the United States Postal Service in Peoria, and had also owned his own sound company, AZ Tech Sound.

Andy was an avid reader, handyman, mechanic and scholar of many things. Family was very important to Andy and he was a hard worker who provided for them. One could always count on Andy to reach out and help others in a time of need. His supervisor indicated he was one of the most reliable and dedicated employees she’s ever had.

He will always be remembered for his abundant generosity, love for God and others, and sharp wit. Giving until the very end, he was an organ donor and was able to help others, even in his death.

He was a member of the Illinois Rifle Association and Darnall Gun Club. Andy was also a member, steward and union representative for the American Postal Union. He had served as a deacon and also had run the sound at his church.

Cremation rites have been accorded. A Celebration of Life open house will take place from 4 to 7 p.m. on Sunday, July 26, 2020, at Congerville Village Hall, 120 County Hwy 21, located at the corner of Lincoln and Detweiler Streets in Congerville, IL 61729. The family requests that you please observe social distancing and while not required, masks are recommended.

Memorials may be made to Danvers Fire and Rescue or the Chris Kyle Frog Foundation.

To send flowers to the family in memory of Andrew "Andy" W. Zimmerman, please visit our flower store.
Send a Sympathy Card