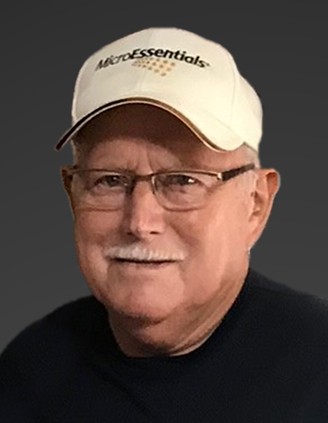 MORTON – Carl E. Kath, Jr, 84, of Morton, passed away Sunday, February 14, 2021, peacefully in the comfort of his home surrounded by his loved ones.

He was preceded in death by one son, Timothy Kath on October 22, 2016; one brother and four sisters.

Carl was a hardworking man and ambitious entrepreneur his entire life. He started Kath Trucking over 50 years ago and built the company into a successful business which will be run by his grandson, Cameron Kath. Carl also had a landscaping business for over 25 years. In addition to owning and operating his own businesses, Carl was a mail carrier for the Morton Post Office for 28 years, retiring in 1992. Still to the end, he could recall names and addresses of all his customers.

Carl proudly served 32 years on the Morton Fire Department, retiring as a Captain. His goal was to be first to the fire station, so he could be on the first truck out.

Carl loved his sports. One of his favorite sports was baseball. He played as the pitcher three nights a week until he was 70 years old. He was devoted to the St. Louis Cardinals and attended many games. If it wasn’t baseball, then it was basketball. His favorites were the Fighting Illini and the Bradley Braves.

Carl cherished his refurbished antique Oliver Super 55 tractor and drove it in the Morton Pumpkin Festival Parade for many years.

He proudly displayed his tractor at tractor shows and was a member of the Tazewell County Olde Threshers Association.

Carl supported and was an associate member of Fraternal Order of Police Illinois Troopers Lodge #41. He was also a member of Mid-West Truckers Association for 40 years and Tazewell County Farm Bureau.

In their retirement years, Carl and Chris enjoyed spending winters at their condo in Ft. Myers Beach, Fla.

During Carl’s last few good days, he had wonderful help from Frank Frevert, his nephew, and Kurt Ulrich, his brother-in-law. He really enjoyed their visits talking about trucks and sports and sometimes not even talking at all, just sitting.

A special thanks to Bill Wiedman for always keeping our driveway clean and also to OSF Hospice and Carl’s nurse, Heather. She has a special place in our hearts.

Carl was a member of Bethel Lutheran Church in Morton. There will be no service at this time.

The family requests no flowers, but instead a memorial be made on behalf of Carl to a church of the donor’s choice.

To send flowers to the family in memory of Carl E. Kath, Jr., please visit our flower store.
Send a Sympathy Card