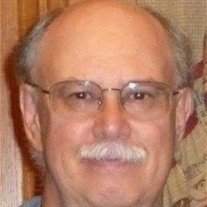 David "Dave" Lee Larck
LOVINGTON - David "Dave" Lee Larck, 61, of Lovington, Ill., formerly of Decatur, Ill., passed away peacefully while surrounded by family after a nine month battle with leukemia on May 29, 2018, at OSF Richard L. Owens Hospice House in Peoria, Ill.
Born Nov. 7, 1956, in Decatur to Edward Lee Larck and Helen Owens, he married Valerie Dawn Crickman on June 13, 1981, at the First Christian Church in Findlay, Ill. Together, they celebrated 36 years of love and happiness.
Surviving are his wife; son, Adam Lee (Amy Day) Larck of Peoria; step-father, Dick Owens of Newton, Ill.; two sisters, Loretta (Harold) Marsh of Jewett, Ill., and Lawanda (Butch) Woodard of Thornton, Colo.; mother-in-law, Virginia Crickman of Grand Saline, Texas; two sisters-in-law, Melody Crickman of Las Vegas, Nevada, and Wendy (Danny) Milam of Grand Saline; two grandchildren, and several nieces and nephews.
He was proceeded in death by his parents; step-mother, Violet Larck; and father-in-law, Gene Crickman.
Dave worked at Archer Daniels Midland in Decatur as a Water Treatment Supervisor for 41 years before retiring in 2015. However, the slow pace of retirement was not suited for him, and he joined the lawn and garden section of Wal-Mart in 2016 until his diagnosis in August 2017.
He loved spending time with his family, taking yearly vacations while his son was growing up and a trip to Paris with his wife for their 30th wedding anniversary. He also liked catching the latest superhero or sci-fi movie with his son whenever one released, and always enjoyed talking about upcoming movies or sports.
Dave enjoyed spending as much time outdoors as he could. In the late 1980s and early 1990s, he was part of a recreational softball team in Decatur. Even after hanging up his glove, he continued to help assistant coach his son's youth baseball team in Lovington. He also loved going to as many St. Louis Cardinal baseball games as he could each year, often capped with a quick poker tournament while he was in the area.
If he wasn't outside, you could often find him reading one of his numerous sci-fi books or watching TV. Besides watching the Cardinals whenever they were on, he was also an avid University of Illinois and Chicago Bears fan, no matter how good or bad the team was in any given year.
Dave was diagnosed with Acute Myloid Leukemia (AML) on Aug. 10, 2017. However, he would not let the diagnosis stop him from enjoying the time he had left, and fought for nine months, trying a variety of treatments and studies to defeat the cancer.
During this time, he still enjoyed visiting with family, reading, getting out of Barnes Jewish Hospital in St. Louis to go shopping or eating while staying at Hope Lodge and returning home to play with his dogs, Leo and Biscuit, and sit outside when he was able.
Per his wishes, his body has been donated to Washington University School of Medicine in St. Louis to allow doctors to continue to study AML and find a cure for the future.

A Celebration of Life gathering will be held from 1-4p.m., Saturday, June 16th, at the American Legion Hall, in Sullivan, Ill.

To send flowers to the family in memory of David L. Larck, please visit our flower store.