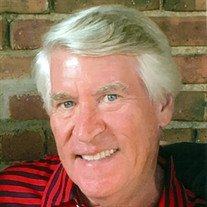 PEORIA - David H. "Dave" Nixon, 66, of Peoria, passed away Sunday, Aug. 5, 2018 at OSF Richard L. Owens Hospice Home in Peoria.
Dave was born Nov. 5, 1951 in Peoria, to Harold and Margaret (Stauffer) Nixon. He married Kathleen A. Miller on Oct. 7, 1978 in Carlock, Ill.
Surviving are his wife, Kathy, of Peoria; one daughter, Megan (Judson) Swan of Washington, Ill.; one son, Matt Nixon of Peoria; and one grandson, Caleb David Swan of Washington. He is also survived by one sister, Patti (Bob) Wrobel of Lakewood Ranch, Fla. and two nephews.
He was preceded in death by his parents.
Dave graduated from Richwoods High School in 1969 and continued his education at the University of Illinois, receiving a Bachelor's of Science degree in 1973. During his college years, Dave joined the Delta Upsilon Fraternity serving as President in 1972 and later on the Board of Directors.
After graduating Dave worked at Commercial National Bank before he joined his father in 1974 at Harold G. Nixon Insurance Agency, which would be the beginning of a lifelong career of commitment and leadership in the insurance industry. Dave became one of the first in the State of Illinois to attain the Certified Insurance Counselor (CIC) designation in 1977. He became owner of the business in 1982, carrying on the family legacy of excellence in the industry. The company would eventually change to Nixon Insurance Agency, Inc.
Dave's commitment to the insurance industry was evident throughout his career. He served on the board of the Peoria Association of Independent Agents and on the Executive Committee of the Illinois Professional Insurance Agents, serving as President in 1985. The following year, he was appointed to the National Board of Professional Insurance Agents. The Illinois 1752 Club presented Dave with the Illinois Agent of the Year award in 1987. In 1992, he chaired the Consolidation Committee for the Professional Insurance Agents and the Independent Insurance Agents of Illinois forming the Professional Independent Insurance Agents of Illinois and received the C.M. Cartwright Award in 1993 for his leadership during the consolidation. Safeco Insurance Company presented him with the Lifetime Award of Excellence in 1998 and he was recognized by the Society of Certified Insurance Counselors in 2012 for over 35 years of continuing education.
Being involved in the community as well as his children's activities was very important to Dave. He was active in Southwest Kiwanis, American Heart Association, Boy Scouts of America, Kickapoo Council of Girl Scouts, Richwoods High School Swim Boosters, Central Illinois Aquatics, Richwoods High School Alumni Association, Commonplace and Bradley Braves Club.
Dave's faith was especially important to him being baptized at Arcadia Avenue Presbyterian Church. He chaired the consolidation committee for Arcadia and First Presbyterian Church, forming United Presbyterian Church in 2003. Dave was a charter member of the United Presbyterian Church in Peoria, where he served as an Elder, Deacon and most recently Church Treasurer.
Dave was an avid golfer and enjoyed college basketball, especially the Bradley Braves and Fighting Illini. Most important to Dave was being a loving husband, father, grandfather, and trusted friend. Dave will truly be missed by all those who knew him.

Cremation rites have been accorded.
Visitation will be from 4 to 7 p.m., Friday, Aug. 10, 2018 at United Presbyterian Church in Peoria. An additional visitation will take place at the church from 12:30 p.m. to 1:15 p.m. on Saturday, Aug. 11, 2018 with a Memorial Service to follow at 1:30 p.m. Rev. Dr. Laura Reason will officiate. Inurnment of cremated remains will take place at a later date at United Presbyterian Church Memorial Garden in Peoria.

In lieu of flowers, memorials may be made to United Presbyterian Church in Peoria.

To send flowers to the family in memory of David H. "Dave" Nixon, please visit our flower store.