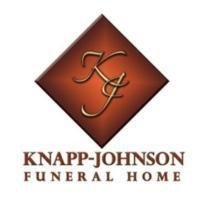 DAVID A. WEIGLE
MORTON - David A. Weigle, 75, of Morton, passed away Wed., Oct. 11, 2017 at Autumn Accolade Assisted Living in Green Valley, Ill.
David was born March 24, 1942, in Joliet, Ill., to James and Leonore (Nicholson) Weigle. He married Nancy Ainger on Jan. 26, 1963, in Hebron, Ill.
He is survived by Nancy and his four children, Caryl Lazarus (Tim Treiber) of Eureka, Mo., Barbara (Dwight) Schuessler of Iowa City, Iowa, Craig (Katrina) Weigle of Morton, and Diane Zagorski of Henderson, Nev.; and nine grandchildren, Allison and Matt Lazarus, Pete, Joe, Grace, and Sam Schuessler, Collin and Kendall Weigle, and Sophia Zagorski. He is also survived by one brother, Paul Weigle of Morton.
He was preceded in death by his parents.
David worked for Caterpillar, Inc. as a project manager, retiring in 2000.

Cremation rites have been accorded. There will be no visitation or services.
Burial of cremated remains will be held at a later date.

Memorials may be made to Tazewell Animal Protective Society.
To send flowers to the family in memory of David A. Weigle, please visit our flower store.
Send a Sympathy Card