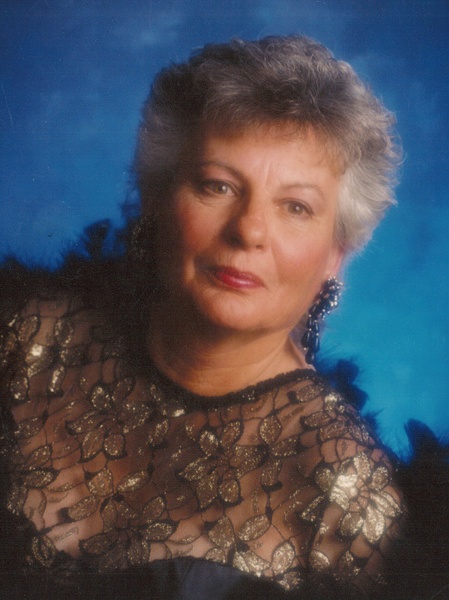 El Paso- Eleanor Gene Lloyd, Toots to all who knew her, 80, died Sunday, July 5, 2020 at Heritage Manor Nursing Home in El Paso, Ill. She was a former longtime resident of Carlock and Deer Creek, Ill.

She was born November 3, 1939 in Twin Falls, Idaho to Edward and Grace (Ratcliffe) Wright. She married David Lloyd on October 5, 1960 in Kaneohe, Hawaii.

She is survived by one daughter, Kelly (Morgan) McVay of Birmingham, Ala.; and two sons, Edward Lloyd of Sonoma, Calif., and Donald (Eryn) Lloyd of Hudson, Ill.; two sisters, Karen (Al) Kim of Kaneohe, Hawaii and Billie Lazear of Kailua, Hawaii; ten grandchildren and five great-grandchildren. She is also survived by her dearest friend, Daisy Pritchard of Bloomington, Ill.

She was preceded in death by her husband, David, and one brother, George Wright.

Toots retired as a landscape technician from Freedom Lawn Maintenance in Normal, Ill. She took advantage of every opportunity to jump in her truck and travel, exploring truck stops, garage sales, and flea markets along the way. She was a practical joker with an infectious sense of humor. She laughed her way through life and inspired those around her to do the same.

A private funeral service will be held on Tuesday, July 7, 2020, at Knapp-Johnson Funeral Home and Cremation Center in Morton, Ill. Visitation will be from 10 to 10:45 a.m., prior to the services. Burial will be in Wintz Cemetery in Carlock, Ill.

Social distancing guidelines will be observed during the visitation and funeral service and masks are recommended.

In lieu of flowers, memorials may be made to Pet Central Helps, 360 Wylie Drive, Suite 720, Normal, Ill.

To send flowers to the family in memory of Eleanor "Toots" G. Lloyd, please visit our flower store.