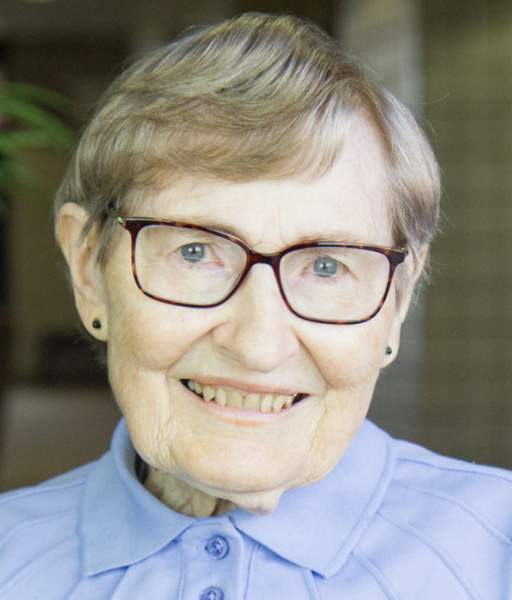 Elizabeth was born April 8, 1928, in Newton, Kan., to Albert and Selma (Penner) Regier. She married Peter Klassen on Sept. 24, 1950, in Burrton, Kan. He preceded her in death on August 3, 2010. Elizabeth was also preceded in death by her parents and three sisters.

Our mother’s love language was service to others. Through the years, her family, church, and neighbors were special beneficiaries. In 1948, her desire to serve led her to Cuauhtemoc, Mexico, where she did short-term missions work. While there, she met and fell in love with Peter Klassen from Rabbit Lake, Saskatchewan, who was also doing short-term missions work there. Soon after their marriage, they settled on a farm near Burrton. Later they moved to Phoenix, Ariz. Many times, Mom and Dad traveled to northern Arizona where they served alongside missionaries to Native Americans. They served with Wycliffe Bible Translators in Florida. They volunteered many hours in the retirement community where they lived in Phoenix. During later retirement, she and Peter moved to Morton so they could be close to their children.

All her life, our mother was a devoted homemaker. Cooking was her strong suit. She daily packed unbelievable school lunches, everything in them homemade. Her cooking was well known to neighbors and her church family. She was an incredible manager of our home, greatly aided by her avid list making. She lived a frugal life so that there would be more to give to the Lord’s work. There wasn’t a lot flashy about Mom’s life, but there was consistency: Bible reading, prayer, a routine and disciplined daily schedule.

Elizabeth was a member of Grace Church in Morton, where a funeral service will be held on Saturday, September 11, at 10:30 a.m., with Pastor Tim Bertsche and Pastor Doug Habegger officiating. Visitation will be held from 9:30 to 10:15 a.m. on Saturday, prior to the service at church. Burial will be in Hirstein Cemetery in Morton.

The family wishes to thank Apostolic Christian Restmor and UnityPoint Hospice for the wonderful care they provided for our mother.

In lieu of flowers, memorials may be made to the Rural Home Missionary Association.

To leave an online condolence for the Elizabeth’s family, visit www.knappjohnson.com.

To send flowers to the family in memory of Elizabeth A. Klassen, please visit our flower store.