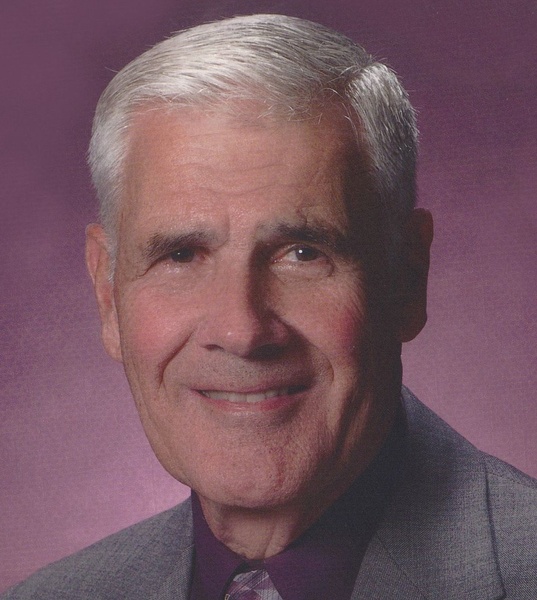 He was born on September 19, 1932, in Gary, Ind., the son of Frank and Frances Gaydos.
He is survived by his lovely wife, Wilma, of Morton; five sons, Robert (Meg) of Nashua, N.H., Paul (Michelle) of Morton, Mike of Marseilles, Ill., Keith (Julie) of Henderson, Nev., and Jeffrey of Clearwater, Fla. two daughters, Linda (Rick) Skowronski of Peoria, Chris (Mark) Bailey of Henderson, Nev. Frank and Wilma enjoy having 11 grandchildren and 13 great-grandchildren. He is also survived by one brother, Edward (Mary) of Crown Point, Ind.
Frank was preceded in death by one brother, Arthur and one sister, Sister Dorothy Marie of the Poor Handmaids of Jesus Christ.
Frank graduated from Holy Angels Parochial School and Horace Mann High School in Gary, Ind. He then entered Mount Saint Mary Major Seminary in Cincinnati in 1950. There he earned degrees in philosophy and technology over six years. He entered the U.S. Army in 1957 and served as Chaplain Assistant during the Korean Conflict for two years. He then worked for US Steel in Gary and the Computer Data Corporation in Chicago doing computer design/programming for six major banks in Chicago until 1964. He then accepted a position as Senior Systems analyst with Caterpillar Inc. in Peoria and moved to Morton. He immediately worked on the design and installation of the Caterpillar Corporate Payroll and Employee Data Computer Systems in 1970. He was promoted to division manager responsible for supporting these systems with the help of 40 fantastic staff people until he retired in 1988.
Frank was a parish trustee at Blessed Sacrament Catholic Parish in Morton for 32 years. He was also a member of the school board, the parish finance committee, and the church choir for 25 years. For 11 years, he established the school library and was manager and buyer of over 6,000 books in the library. He organized the first Annual Peoria Diocesan Appeal Campaign at his parish and monitored it for a decade. At the parish, he was a longtime member of Knights of Columbus, an extraordinary minister, a daily Mass lector and had been an RCIA instructor for six years. Frank’s favorite job at the parish was trainer/scheduler of all the boy and girl altar servers for 13 years. He served as co-chair of the “Vision for Our Future” capital campaign in 2009 that led to the remodeling of the school and the new parish center. In 2013, he was honored and received the prestigious Pere Marquette Award from Bishop Jenky for outstanding parish service.
Frank was an avid golfer. He started to play at the age of 10 and never stopped until he reached 80 because of health and physical reasons. He had a scratch golfing handicap for many years, achieving many awards and recognition in Morton, Pekin and Peoria.
A Mass of Christian Burial will be held at 12 noon on Friday, January 14, 2022, at Blessed Sacrament Catholic Church in Morton. Visitation will be from 4 to 6 on Thursday, January 13, 2022, and also from 11 to 11:45 a.m. on Friday prior to Mass, both at the church. Entombment will be at Resurrection Mausoleum in Peoria.
Memorials may be made to Blessed Sacrament Catholic Church in Morton, the Alzheimer’s Association, or American Cancer Society.
Knapp-Johnson Funeral Home and Cremation Center in Morton is handling arrangements.
To view Frank’s online video tribute or to leave a condolence for the family, visit www.knappjohnson.com.

To send flowers to the family in memory of Frank Gaydos, please visit our flower store.