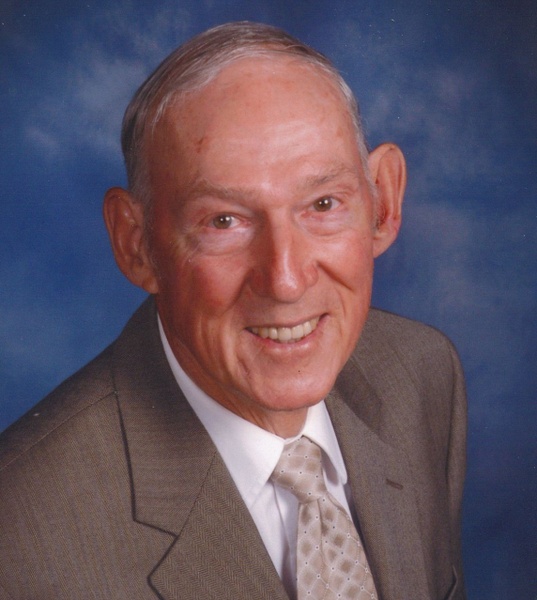 He was born on September 15, 1931, in Jacksonville, Fla., to Lowell and Marie (Koehler) Davis and was raised in Augusta, Ill. He married Mabel Gene Newell in Augusta, Ill., on August 19, 1956.
Surviving are his wife, Gene Davis of Morton; children, Donna (Jeff) Roth, Jim (Sean) Davis, and Carol Ann Davis, all of Morton, and Janet (Mike) Stoetzel of Middleton, Wisc.; six grandchildren, Alexis (Mark) Schumacher of O’Fallon, Mo., Marlayna (Josh) Langley of Stillwater, Ok., Stephanie (Dylan) Ziegler of Beaver Dam, Wis., Wesley James (Rachel) Davis of Pekin, Emma (Chase) Roth Smith of Morton, and Leah (Jacob) Landis of Sterling, Ill.; and six great-grandchildren.
He was preceded in death by both parents; one infant daughter, Karen Lynn Davis; one great-granddaughter, Jayden Davis Langley; and two sisters, Doris Gillard and Patt Laughlin.
James graduated from Augusta High School in 1949. He earned his Bachelor’s degree from Western Illinois University in 1953, and his DDS from Northwestern University School of Dentistry in 1957.
He served as a captain in the dental division at Shaw U.S. Air Force Base in Sumter, S.C. before starting his 33 year dental practice in Morton, retiring in 1992. Making their home in Morton, Jim and Gene put down roots and raised their family.
Dr. Davis served on the Morton school board for 13 years, and was a director and later a director emeritus of the Morton Community Bank for 36 years. He was an active member of the Morton United Methodist Church where he had served as lay-leader, Sunday school teacher, and building and grounds committee member. He organized the Tuesday Volunteer Work Group which went on for many years. He enjoyed reading the Bible and his favorite scripture was I Thessalonians 4:11-12.
In his younger days he enjoyed pitching horseshoes and also earned his private pilot’s license. In his retirement he loved gardening and sharing his flowers and vegetables with friends, family, and food pantries. Over the span of 40 years, Jim constructed nearly 6,000 JESUS plaques, encouraging others to spread the word.
His saying was “Spread the word…and the word is Jesus.”
Cremation rites will be accorded. Burial will be at Roberts Cemetery.
A Celebration of Life service will be announced at a later date.
In lieu of flowers, memorials may be made to Morton United Methodist Church Building Fund.
Knapp-Johnson Funeral Home and Cremation Center in Morton is handling arrangements.
To leave an online condolence for the family, visit www.knappjohnson.com.

To send flowers to the family in memory of James W. Davis, DDS, please visit our flower store.
Send a Sympathy Card