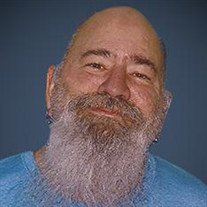 MORTON - James A. Koppers, 64, of Morton, passed away at 11:00 P.M. on Tuesday, September 3, 2019, at OSF St. Francis Medical Center in Peoria.
A New Year's Eve gift to his family, he was born on December 31, 1954, in Evergreen Park, Ill., as the youngest of three sons, to Edward J. Koppers, Sr. and Eleanore L. (Lenzen) Koppers. He married Mary Altes Wikoff on December 31, 1998, in Peoria. She survives.
He is also survived by one son, Robert Allen of Lakewood, Colo; one brother, Robert C. (Judy) Koppers of Shawnee Mission, Kan; mother-in-law, Lilly Schoon of Bloomington; sister-in-law, Marie (Rob) Clodfelter of Minooka, Ill. three brothers-in-law, Charles Altes of Bloomington, Dale (Beverly) Altes of Elmendorf, Texas, Raymond P. (Joyce) Altes of Stanford, Ill. three grandchildren, Damien, Kaden and Piper Allen of Centennial, Colo; many nieces and nephews; and his precious â€˜soulmate kitties', KC and Kelly, both of which are already lost without him.
He was preceded in death by his parents, and one brother, Edward J. Koppers, Jr.
James proudly served in the United States Army, stationed with the Seventh Cavalry Unit in Germany. Over the years, he worked at WABCO, Edward Hine Printing Company, Caterpillar, G&D Integrated, Precision Planting, Farm & Fleet and Sears.
He was a 20 plus year Paid Up For Life member of the American Legion, starting at Peoria Post 2, and later moving to Limestone Post 979. His proudest American Legion accomplishments were serving one term as Post 2 Senior Vice Commander, two terms as Peoria County Commander, and one year as assistant to the 16th District Historian.
For close to 20 years, James and Mary have been avid detectorists (metal detecting). They were longtime members of the Peoria Area Treasure Hunters club, and in recent years, James co-founded the Central Illinois Treasure Hunters club.
Cremation rites have been accorded. A graveside service with inurnment and military honors will take place at 1:00 P.M., Tuesday, September 10, 2019, at Soldier Hill in Springdale Cemetery in Peoria.
In lieu of flowers, memorials may be made in James' name to your preferred veteran's organization, or a local animal shelter.

To send flowers to the family in memory of James A. Koppers, please visit our flower store.
Send a Sympathy Card