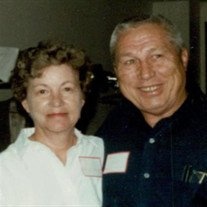 MORTON - Rex Mills, 93, of Morton, passed away peacefully on Saturday, August 17, 2019, at Villas of Holly Brook in Morton, with his son and daughter holding his hand.
He was born on September 15, 1925, in Lawrence, Kan., to James S. and Sybol (House) Mills. He married Mary Marguerite Bellinger on September 11, 1959, in Lawrence, Kan. She preceded him in death on November 1, 2014.
Surviving are two children, Marc S. Mills of Huntley, Ill., and Julie (David) Sprague of Salem, N.H.; and three grandchildren, Davis Sprague of Tokyo, Japan, Maxwell Sprague of Tempe, Ariz., and Remy Sprague of San Diego, Calif.
He was also preceded in death by three siblings, Marjorie, Archie, and Lawrence.
Rex was a veteran of World War II, flying 35 missions in a B-24 bomber with the 453rd Bomb Group, 733 Bomb Squadron of the Mighty Eighth Air Force. He received the Ordre National De La LÃ©gion D'Honneur (Knight of the Legion of Honor) from the nation of France, in gratitude for his service to the nations of France and Western Europe.
Rex was a graduate of Liberty Memorial High School and attended Pittsburg State Teachers College in Pittsburg, Kan. He was employed as a printer for 15 years at the Lawrence Journal-World and Capper Publications in Topeka, Kan. He then worked for 30 years as a printing equipment sales representative for Harris Corporation and its predecessor, Intertype Company, traveling most of the central United States.
He was a member of the Morton United Methodist Church and had been active in the church, serving on several boards and committees. He was a member of Lawrence Lodge No. 6 AF & AM, American Legion Post No. 14, VFW Post 852, Veterans of Foreign Wars, and Experimental Aircraft Association & Warbirds of America.
Cremation rites have been accorded.
Per Rex's wishes, no services will be held. A private memorial service and burial of cremains will be held for the family at Memorial Park Cemetery in Lawrence, Kan., at a later date.
In lieu of flowers, memorials may be made to the ALS Research Foundation at www.alsa.org, the Alzheimer's Foundation of America at www.alzfdn.org, or the National Mighty Eighth Air Force Museum at www.mightyeighth.org
Rex and his family have many great memories and have had a lot of great conversations. They are thankful for the many friends and caregivers who gracefully helped him and Marguerite in their later years.
Knapp-Johnson Funeral Home and Cremation Center in Morton is handling arrangements.
Online condolences may be left for the family at www.knappjohnson.com
To send flowers to the family in memory of James Rex Mills, please visit our flower store.