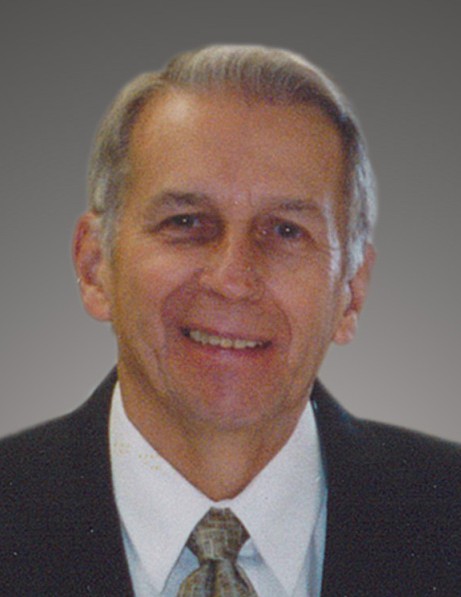 MORTON – John Andrew McDonald, 92, went home to be with the Lord on Wednesday, October 13, 2021, at home surrounded by his family.

John was born on April 28, 1929, in Chicago, Ill., to John Andrew Sr. and Magdalene (Cummings) McDonald.  He married Rae Jean Schieble in River Forest, Ill., on October 20, 1951. Rae Jean preceded him in death in October 2017.  United once again, they will be celebrating their 70th wedding anniversary.

A member of Pi Tau Sigma engineering honorary society, John graduated from Cornell University in 1951 with a degree in Mechanical Engineering.  He was a member of Chi Phi fraternity, serving as president from 1949 to 1951.

John was a Korean War veteran, serving as a Communication Officer in the U. S. Air Force from 1951 to 1953.

John worked for Reliance Electric Company in Cleveland, OH for 13 years. He then worked as a manager for Caterpillar Inc. for 33 years, retiring in 1999.  He was a member of the Caterpillar Retirees Club.

John served on the Morton Township High School Board, was a charter member and past president of the Morton Kiwanis Club, and a past president of the Morton American Field Service (AFS) chapter. He served on the Board of Directors of the Meadows Mennonite Retirement Community in Meadows, Ill. John was awarded the Distinguished Service Award for his 18 years with Meadows, honored for his contributions, including his position as Chairman.

He was a former member of Morton United Methodist Church, where he served as chairman of both the Administrative Board and the Trustees.

John was a member of Grace Church in Morton, where he served on the Deacon Board and Personnel Committee.  He loved his men’s Bible studies, small groups, volunteering for Vacation Bible School and had a heart for missions.

He enjoyed playing tennis and doing a daily crossword puzzle. Vacationing in Door County, Wisc. and Sanibel, Fla. with his wife and family gave him great joy.

John was a faithful and loving husband, father, grandfather and great-grandfather.  His family was very precious to him.  For his 90th birthday, he brought all 32 family members together for a wonderful weekend celebration.

A funeral service will be held at 10:30 a.m. on Saturday, October 23, 2021 at Grace Church in Morton, with Pastor Jonathan Farrell officiating. Visitation will be at the church from 9 to 10:15 a.m., prior to the service on Saturday. Burial with military rites will be at Hillcrest Memory Gardens in Morton.

John was passionate about seeing the world reached for Christ through missions. One way you can honor him is to give a memorial to Grace Church, since his church has a heart for missions.

To send flowers to the family in memory of John A. McDonald, please visit our flower store.
Send a Sympathy Card