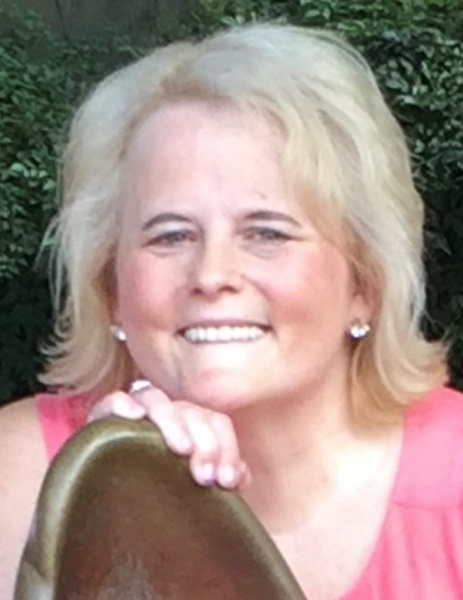 Karyn was born on May 27, 1960, in Peoria, Ill., to Kenneth G. and Sharon T. (Pattison) Hawthorne-Paulsen. She was a devoted and loving daughter, niece, sister and friend to everyone she encountered on her life’s path.

Karyn was preceded in death by her parents and by her step-father, Louis J. Paulsen, and one step-sister.

She grew up in Peoria, where she graduated from Richwoods High School in 1978 and Illinois Central College in 1982 with a degree in Dental Hygiene, and in 2010 with a degree in Cisco Networking. During this time, she was inducted into the National Technical Honor Society.

Upon graduation from ICC, she worked for Dr. Ron Flanigan’s dental practice in Morton, until her illness prevented her from continuing to work. During her career, she also worked for Dr. Floyd Rashid in Peoria. In a part-time capacity, she worked for Underwood’s Furniture Galleries and for NuTech Antifreeze, both in Peoria, Ill.

Karyn battled stage 4 metastatic breast cancer for more than 8 years, following an initial prognosis of only 3 months. Due to her faith and an amazing team at Illinois Cancer Care, we were given the gift of eight additional years with her. She has now gone on to be with the Lord and is no longer in pain.

Karyn had a strong faith in God, which carried her through her life. She shared her faith with everyone with whom she ever came in contact along her journey. She worshiped as a member of both Northwoods and Riverside communities in Peoria, where she loved working with the parishioners and youth. Her faith carried her through her illness to the end.

She had a great love of travel, especially to the Disney parks. She loved flamingos and would stop anyone to tell them about the little pink birds.

Volunteering was instilled in her by her family from a very young age. For her, it was less about what couldn’t be done and more about what could be done. Over the years, she supported and volunteered for a number of organizations including a legacy of service to Illinois Central College SkillsUSA, SkillsUSA Illinois, SkillsUSA, Peoria-Arthritis Foundation, MDA, Easter Seals, American Cancer Society and the Susan G Komen Foundation.

During her time at Illinois Central College, she was a state and national medalist for SkillsUSA and a local chapter and state officer. Upon graduation, she became a SkillsUSA National Education Team member for the National Quiz Bowl competition in addition to continuing to volunteer for both the state and local chapter.

In 2010, Karyn was awarded her SkillsUSA International Degree (level 6 in the Professional Development Program) at the National SkillsUSA Leadership Conference in Kansas City, MO. Fewer than 100 people have been honored with this degree since the organization began in 1965. That same year, Karyn was also awarded one of the “25 Women in Leadership” awards in Peoria.

In lieu of flowers, memorials may be made to any of the above-listed organizations, or to your favorite charity.

To leave an online condolence for Karyn’s family, visit www.knappjohnson.com.

To send flowers to the family in memory of Karyn Hawthorne, please visit our flower store.