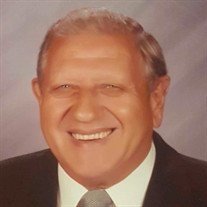 KENNETH W. BRACEY
DUNLAP - Kenneth W. "Ken" Bracey, 80, passed away Tues., Dec. 12, 2017, at his residence. Ken was born June 11, 1937, in New Holland, Ill, to Ted and Anna (Stolz) Bracey. He married Judith Winter on Dec. 29, 1963 in Mason City, Ill.; she preceded him in death on Jan. 18, 1995. He later married Nancy Nelson on Dec. 9, 1997 in Maui, Hawaii.
Surviving are his wife, Nancy, of Dunlap; three daughters, Becky (Tom) Bazzetta of Morton, Jean (Loren) Soria of Geneseo, Ill., and Kathy (Jerry) McCombs of Peoria; one son Mark (Tonya) Nelson of Sioux City, Iowa; 11 grandchildren and one great-grandchild. He is also survived by his brother John (Phyllis) Bracey of Canton, Mo.
Ken pitched in relief from 1956 to 1964 in the New York Yankees and New York Giants/San Francisco Giants organizations.
Ken was known as one of the most respected scouts in Major League baseball. He worked for the San Diego Padres for many years, where he was a scout, a national crosschecker, and a minor league manager. In 1984 and 1998, he was part of the Padres' pennant-winning clubs and continued to work for the club from 1969 to 1987 and again from 1990 to 2009. While with the Padres, he worked as a Special Assistant to the General Manager, Kevin Towers, from 1997 to 2006. Ken also served as a scout from 1987 to 1990 with the Brewers. He spent 2007 to 2013 working as a Special Assistant for the LA Dodgers General Manager, Ned Colletti. In 2004, Ken was named the scout of the year for the Midwest and was inducted into the Major League Baseball Scouting Hall of Fame in 2005. He thought of the scouts he worked with over the years as family.

Visitation will be held from 11 a.m. to 2 p.m. on Sat., Dec. 23, 2017, at Knapp-Johnson Funeral Home and Cremation Center in Morton. Burial will be at a later date at Mason City Cemetery in Mason City.

Memorials may be made to St. Jude Children's Research Hospital.

To send flowers to the family in memory of Kenneth W. "Ken" Bracey, please visit our flower store.
Send a Sympathy Card