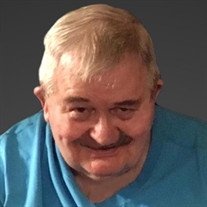 FARMINGTON - Leonard Leo Hoback, 78, passed away in the early morning hours of April 27, 2020 at Farmington Country Manor in Farmington, Ill.
He was born on July 1, 1941, in Clinton, Ill.
Leo was preceded in death by his parents Richard and Geneva Ruff.
Surviving are his three children, Marilyn Ohler, Marsha Sailors, and Leonard "Jake" Hoback; eight grandchildren; eight great grandchildren; and twelve siblings.
Leo served in the United States Marine Corps from 1959-1967, completing 2 tours in Vietnam, after which he was honorably discharged as a Staff Sergeant. He thoroughly enjoyed all aspects of farming, spending most of his career as a Farmer in Ill., and Ohio. He spent his free time cooking, gardening, and fishing.
When Leo retired, he took great joy in his children and grandchildren. He also enjoyed watching his beloved Chicago Cubs and Chicago Bears. Leo was active with the American Legion, the VFW and most recently a member of the Deer Creek Baptist Church.
Cremation rites have been accorded.

Celebration of Life Service and Military Honors will take place at a later date when family and friends are able to gather together.

Memorials may be made to Deer Creek Baptist Church, 207 Main Street, Deer Creek, IL 61733 or Midwest Shelter for Homeless Veterans, http://helpaveteran.org/.
To send flowers to the family in memory of Leonard L. Hoback, please visit our flower store.