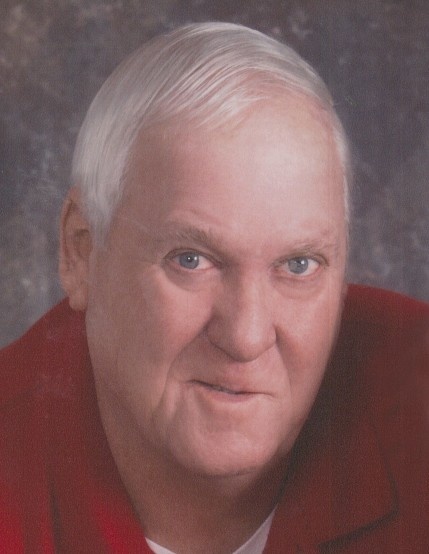 Leonard's service will be live streamed on Monday, Feb. 22, 2021 at 2:00 PM via the Knapp-Johnson Funeral Home Facebook profile http://www.facebook.com/knappjohnsonfuneralhome

He was born on March 7, 1940 in Rensselaer, Ind., to Corbie & Margaret (Carson) Stewart. He married JoAnne Vogel in Pekin, Ill., on February 18, 1962. She preceded him in death on November 5, 2013. He was also preceded in death by two brothers, William and Clarence Stewart; and one sister, Dorothy Clark.

Len was a 1959 graduate of Tremont High School. He served in the Illinois Air National Guard for six years.

Len worked for many years as a general contractor, specializing in masonry and concrete work.

He was a member of Tremont American Legion Post 1236 and Morton Masonic Lodge 352.

Len loved John Deere tractors and attending local auctions with his friends. He also loved boating, family vacations to Lake of the Ozarks, teaching his family to water ski, and their 1962 Chevrolet Impala that was purchased new.

His granddaughter, Jenna, held a special place in his heart. The birth of his great-granddaughter, Carolynne Jo, in January of 2020 brought him much joy, as well.

A funeral service will be held at 2 p.m. on Monday, February 22, 2021, at Knapp-Johnson Funeral Home and Cremation Center in Morton, with Pastor Jane Courtright and Rev. Dr. Roger Mealiff officiating. Visitation will be from 1 to 2 p.m. on Monday, prior to the service at the funeral home. Social distancing guidelines will be observed during the visitation and funeral service and masks are required. Burial will be at Hirstein Cemetery in Morton. Military rites will be conducted by Tazewell Military Rites Team.

Leonard's funeral service will be live streamed and can be viewed via the Knapp-Johnson Funeral Home Facebook profile http://www.facebook.com/knappjohnsonfuneralhome at 2 p.m. on Monday, February 22, 2021.

Memorials may be made to Tremont American Legion Post 1236.

To view Len’s online video tribute or to leave a condolence for the family, visit www.knappjohnson.com.

To send flowers to the family in memory of Leonard Stewart, please visit our flower store.