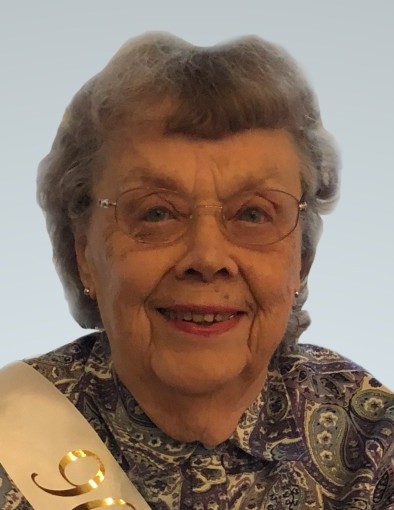 She was born on October 15, 1928 in Norway, Iowa, to the late Gilmer and Cora (Larson) Christianson. Marilyn married Van L. Perkins in January of 1951 in Moline, Ill. They were married for 61 years before his death in 2012. She was also preceded in death by one brother and one sister.

Marilyn worked at Prospect National Bank for many years. She and Van later owned and operated Monroe Kennel in rural Tremont for 20 years and bred German Shepherds. Marilyn loved her puppies.

She was a member of Bethel Lutheran Church in Morton.

Cremation rites have been accorded. A private family graveside service will be held on Friday, October 2, 2020 at Glendale Cemetery in Washington.

To leave an online condolence for Marilyn’s family visit www.knappjohnson.com.

To send flowers to the family in memory of Marilyn Perkins, please visit our flower store.
Send a Sympathy Card