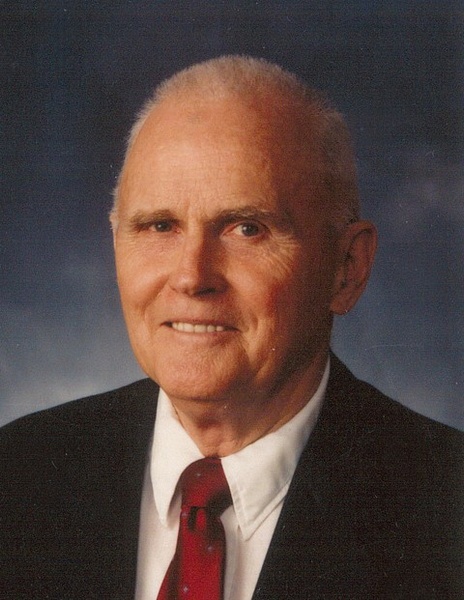 Mart was baptized in The Church of Jesus Christ of Latter-day Saints on October 9, 1965. He was ordained an Elder in the Priesthood on March 11, 1967. He was a devoted member, serving in many positions of authority through his life including serving as a Bishop of Morton II Ward and a Branch President of Canton, Illinois Branch, as a Peoria Illinois Stake High Councilor, and many other authoritative responsibilities.

On May 12, 1951, he married his Eternal Companion, Marie Elizabeth Stephens, in a Civil Marriage Ceremony. On June 9, 1967, Mart and Marie were married in the Salt Lake City, Utah, Temple of The Church of Jesus Christ of Latter-day Saints for “Time and All Eternity.” They have enjoyed nearly 70 years together as they have endeavored to follow the Savior.

Mart enjoyed immensely his service in The Church of Jesus Christ of Latter-day Saints, his service in any of the Church Temples, and his 30 years of work as a Morton Police Officer, 20 years of which he served as Juvenile Officer. But more than anything else, he enjoyed spending time with Marie & his children in his gospel centered home or with his brothers & sisters-in law…fishing, gardening, Family Reunions, or any Family Gathering.

He was a great Spiritual Leader of his family, friends, Ward & Branch Members; always supporting each individual as a “Steady Eddy Minute Man” in any hardship or emergency, while strengthening them with his testimony of God’s Divine Plan of Happiness and quotes from his well-worn scriptures. All virtues he did not just teach, but lived and exemplified.

Our heart is crushed at the loss of our husband, father, brother, & uncle; the patriarch of our family whose kindly example and strong stance said so much. A man of faith and vigor, who knew how to apply both to life. But it was also strengthened by the example he strived to live, the pledge of a man who saw a job and completed it to the best of his ability. If the youth that Mart worked with grow up to be half as tough, faithful, and courageous as Mart, he will consider himself a success at manhood, as a Juvenile Officer, and as a Priesthood Leader. The powerful influence of one righteous man DOES make a difference...a big difference.

As Mart wore the Police Uniform, a huge part of his life dealt with danger on a daily basis. But his attitude toward Marie and his children was amazing! Wonderful! Marvelous! Delightful! Strength blended with gentleness and warmth, the combination of senses that made Mart Tatum so special. As one person explained, “There’s no one better in an emergency than Mart.”

We cherish and honor our Sweet Memories of Mart, and know that he is even now planning a Grand Reunion for our own Homecoming on the day when we will be re-united as an Eternal Family Unit.

As a family, we extend our deep gratitude to the many Paramedics, O.S.F Doctors, Nurses, Therapists, Aids, and Hospice Care for the dedicated service and attention they have provided and who have cared for him with so much understanding and compassion, and for those dear family members, Morton Ward members, and friends who have supported us so faithfully.

Due to Covid-19 restrictions, a private graveside dedication service will be held with Bishop Marty Jarnagin of the Morton Ward, The Church of Jesus Christ of Latter-day Saints, presiding. Mart will be buried in Hirstein Cemetery, Morton, Ill.

Knapp-Johnson Funeral Home is assisting the family with arrangements.

To send flowers to the family in memory of Mart Tatum, please visit our flower store.
Send a Sympathy Card