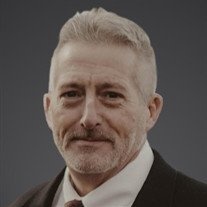 GROVELAND - Matthew M. "Matt" Conrad, 56, of Groveland, passed away Sunday, August 11, 2019, at his girlfriend's residence in Morton, surrounded by loving friends and family members.
Matt was born on December 7th, 1962, in Alton, Ill., to parents Joseph and Marcia (Cox) Conrad. Raised in White Hall, Ill., Matt was one of four children.
Matt is survived by his two children: Matilynn (Jacob) Hill and Ian Conrad, both of Morton, Ill.; his girlfriend, Sarah Eleam of Morton, along with her kids Gage and Kaitlin Day and Cole and Brooklin Geraci; mother, Marcia (Mike) Holtorf of White Hall; three siblings, Joe (Missy) Conrad of Wernersville, Pa., Amanda (Jeff) Alred of White Hall, and Megan (Scott) Seely of White Hall; nephew, Austin Alred of White Hall; and niece, Mara Seely of White Hall.
He was preceded in death by his father, Joseph Conrad; paternal grandparents, Calvin and Frances Conrad; and maternal grandparents, Marvin Lynn and Alta Martha Cox.
Matt was a loving and hardworking father and friend. He worked at several different Menards locations in central Illinois for 27 years, where he met many lifelong friends. In his free time, he loved to enjoy the outdoors - whether it involved hunting, boating, fishing, or even sitting on the porch to enjoy his surroundings. On a spring or summer evening, you could often find Matt cheering on and sometimes coaching his son, Ian, at the local baseball fields. His drive and work ethic were inspiring to those who knew him and worked with him. Matt loved his friends and family and he always had a kind smile and greeting for anyone who he crossed paths with - stranger or friend.
A visitation will be held on Friday, August 16, 2019, from 2-3 p.m. at Knapp-Johnson Funeral Home and Cremation Center in Morton, followed by a funeral service at 3 p.m. A Mass of Christian Burial will also be held at 10 a.m. on Saturday, August 17, 2019, at All Saints Catholic Church in White Hall, Ill., followed by burial at Manchester Cemetery in Manchester, Ill. A fellowship luncheon will follow at Seton Hall in White Hall, Ill.

Memorials may be made to the Melanoma Research Foundation in memory of Matthew Conrad at https://melanoma.org/how-to-help/give/.

To send flowers to the family in memory of Matthew M. "Matt" Conrad, please visit our flower store.