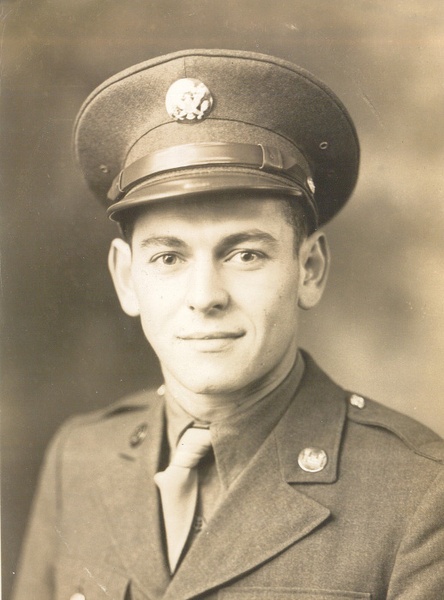 Melvin was born on August 24, 1919, in Paulding, Ohio, to George and Mary (Zuercher) Heinold. He married Mary Helen Underwood on December 20, 1941, in Peoria. She preceded him in death on October 6, 1997. He was also preceded in death by seven siblings.

Melvin was a World War II veteran serving our country as an infantry medic in the European Theater of Operations. He took part in the Liberation of Paris Parade and received the Purple Heart for injuries incurred in the Hurtgen Forest Battle.

He was the founder of Heinold Heating and Air Conditioning, Inc. Melvin had an inventive mind and enjoyed working in his shop creating items for his sons’ and grandchildren’s enjoyment. In addition to tinkering, he enjoyed fishing, hunting, and gardening. Words to describe Melvin would include quiet, patient, dedicated and a constant positive supporter.

Melvin was a godly man who never had an unkind word for anyone and is now in the presence of Jesus Christ his Savior.

He was a member of the Goodfield Apostolic Christian Church, where a visitation will be held at 9 to 10:15 a.m. on Friday, November 6, 2020, followed by a private family service. Social distancing guidelines will be observed during the visitation and masks are required. A private burial will be at the Goodfield-Congerville Apostolic Christian Cemetery in Goodfield, where military rites will be conducted by the U.S. Army.

The family would like to thank the entire Eureka Apostolic Christian Home Staff for the excellent quality of care and friendship they provided Melvin during the later years of his life.

Memorials in Melvin’s name can be made to Apostolic Christian HarvestCall or Midwest Food Bank.

To leave an online for the family, visit www.knappjohnson.com.

To send flowers to the family in memory of Melvin D. Heinold, please visit our flower store.