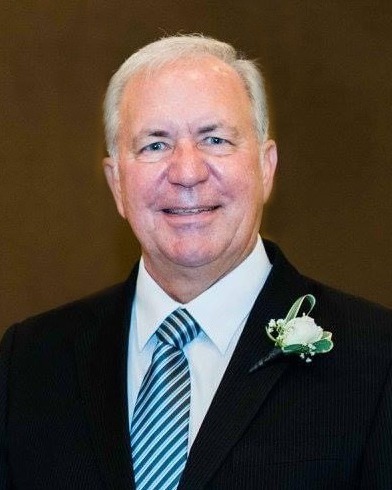 PEORIA – James Lamont “Monty” Collie, 74, of Peoria, passed away Wednesday, January 18, 2023, at Reflections Memory Care in Morton.
He was born on October 8, 1948, in Beardstown, Ill., to James A. and Edith (Wood) Collie. He married Karen Sue Knight in McLeansboro, Ill. She preceded him in death on May 30, 1995. He was also preceded in death by his parents.
Surviving are his children, Tracey (Jason) Meridith of Carlock and Jay (Jessica) Collie of Morton; grandchildren, Austin Hopson of Normal, Sylvie Sue and Kline Collie of Morton; and one brother, Brad Collie of Bartonville.
Monty graduated from Richwoods High School in Peoria. He was then drafted into the U.S. Army and served in Vietnam. Following his military service, he attended and graduated Southern Illinois University, where he met his wife, Karen.
Monty first worked as an accountant at C. Iber & Sons, Inc. and then worked for Brass Foundry in Peoria, now known as Cast Technologies, retiring as Chief Financial Officer in 2006.
He was an avid golfer and after retirement he golfed daily with his father or his friends, as long as he was able.
The family would like to express their heartfelt gratitude and appreciation for the loving and compassionate care given by Reflections Memory Care in Morton and Vitas Hospice for the past two and a half years. It is apparent that he was very well loved during his stay.
Cremation rites will be accorded. Per Monty’s wishes, no service will be held
In lieu of flowers, memorial donations may be made to Alzheimer’s Association.
Knapp-Johnson Funeral Home and Cremation Center in Morton is handling arrangements.
To leave an online condolence for the family, visit www.knappjohnson.com.

To send flowers to the family in memory of Monty Collie, please visit our flower store.