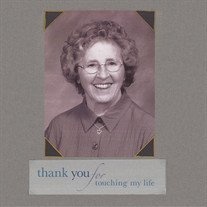 GALESBURG - Norma J. Parker, 92, of Galesburg, passed away on Saturday, August 24, 2019, at home.
She was born on January 20, 1927, to Clarence Hufeld and Garnet Dimon, in Peoria. She married John E. "Jack" Parker II, on June 9, 1945, in Jacksonville, Fla. He preceded her in death on January 16, 2000.
Surviving are one son, John E. "Jack" Parker III, of LaVergne, Tenn.; two daughters, Sally Parker of Galesburg, and Janet (Bobby) Norton of LaVergne, Tenn.; nine grandchildren; 21 great-grandchildren; three great-great grandchildren; one sister, Joyce Barden of West Peoria; and one sister-in-law, Dorothy Phillips of Washington, Ill.
She was also preceded in death by one daughter, Norma Jean.
Cremation rites have been accorded.
A memorial service will be held at 10 a.m. on Saturday, September 7, 2019, at Knapp-Johnson Funeral Home and Cremation Center in Morton, with Donald Chapman officiating. Burial of cremated remains will be at Hillcrest Memory Gardens in Morton.
Memorials may be made to the charity of the donor's choice.

To send flowers to the family in memory of Norma J. Parker, please visit our flower store.