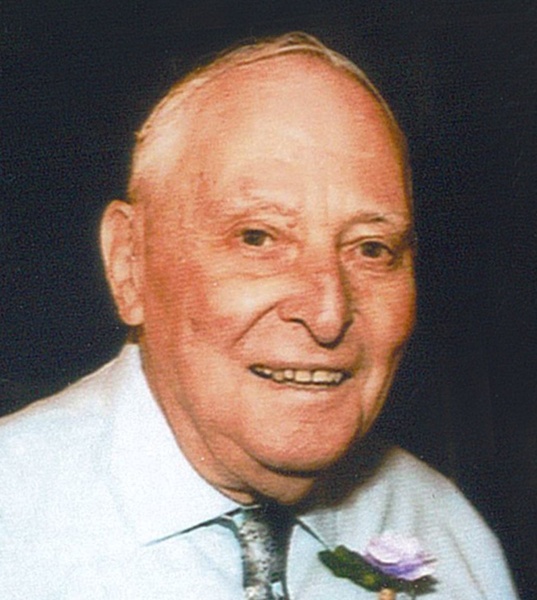 He was born on November 2, 1928, in Groveland, Ill., to Ervan and Sadie (Ackerman) Hochstetler. He married Evelyn LaRosh on September 9, 1954 in rural Pekin.
Surviving are his wife, Evelyn of Peoria; two daughters, Marie (Steve) Binkin of Peoria and Rachel (Neil) DeWalt of Dunlap; four grandchildren, Alicia (Zeth) Wright of Tacoma, WA, Shane (Jen) Binkin of Kirkwood, MO, Andrea (Taylor) Reynolds and Michael Dewalt, both of Peoria.; one great grandson and a great granddaughter due in May; and four step great grandchildren.
He was preceded in death by his parents; step-mother, Edna Brecher; and two sisters, Lois Zimmerman and Ila Hartter.
Nyle farmed most of his life in the Morton area until retiring in 1992. He also worked in maintenance at Morton High School for 27 years.
He served in the United States Army during the Korean War, attaining the rank of Corporal.
He was a member of the Farm Bureau, collected John Deere memorabilia, faithfully watched his grandchildren’s activities and enjoyed working in his yard and keeping the homestead pristine.
Nyle attended Grace Presbyterian Church in Peoria, where he was a member of FTFSS class and regularly volunteered in various church functions. He was a former member of Zion Evangelical United Methodist Church in Pekin, with Pastors John Hopwood and Ralph Bauer officiating.
A private family graveside service will be held at Zion Evangelical United Methodist Church Cemetery in Pekin.
Memorials may be made to Youth For Christ, 4100 N. Brandywine Dr., Peoria, Il 61614 or Grace Presbyterian Church, 8607 IL-91, Peoria, Il 61615
Knapp-Johnson Funeral Home and Cremation Center in Morton is handling arrangements.
To leave an online condolence for the family, visit www.knappjohnson.com.

To send flowers to the family in memory of Nyle Hochstetler, please visit our flower store.