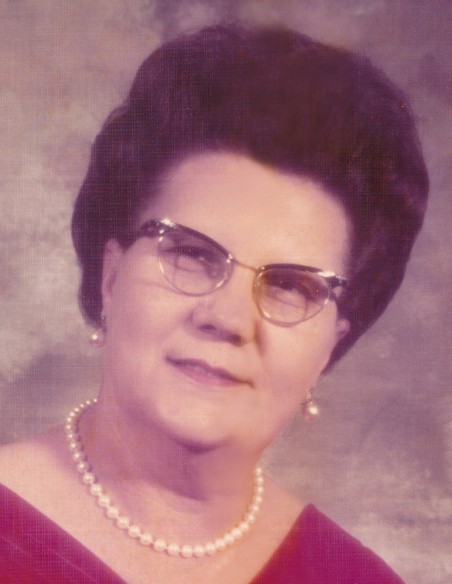 MORTON – On a beautiful spring evening, Opal L. (Keaton) French, 96 years young, passed away peacefully from natural causes (non COVID related) at 5:10 a.m., on Tuesday, April 27, 2021, at Generations at Riverview.  Her energizing spirit was so much younger than her years, and her wry sense of humor was unmistakable. She passed into the hands of the Lord to join her husband, Dwight.

Opal was born on August 7, 1924, in the little coal-mining town of Helenwood, Tenn. She was the first born of A.Y. Keaton and Jasper Yother. Her family eventually moved to Peoria, Ill., in 1930.

Early in Opal’s life, she exhibited a talent as an excellent seamstress and designer. At age 15, her high school home economics teacher couldn’t keep Opal occupied enough, so Opal was given an extra credit project, designing and making the Manual High School cheerleading outfits. Also, during these years, she was the Peoria Girls Softball League champion pitcher and continued to have a strong arm throughout her life (wink, wink).

Upon graduation from Manual High School, Opal was employed as a clerk at Caterpillar in the office, including their parts department.

She met her future husband, Dwight, at the Howett Street Christian Mixer. After dating for a while, they had planned to get married, but WWII got in the way. Dwight was sent to serve in the Army in Europe, while Opal joined Caterpillar in 1944, as an office clerk. Upon his return, they were married shortly thereafter on January 20, 1946, in Peoria. After one year, they built their brick home in Morton. It was quickly apparent that the two of them had compatible skills to create items for the house. Dwight was already a skilled wood pattern maker and made many of the walnut pieces of furniture for the household that are still there today.

She created beautiful handmade clothes for the family and sewed many dance costumes for the two of them and others at her daughters’ many dance recitals. In 1981, both Debra and Opal joined the Caterpillar Employees Mixed Chorus. If you have ever attended one of their fall musicals since 1981, you would have seen Opal’s costumes on the many main characters on stage. Some of her creations were even displayed at the Caterpillar Visitor’s Center in 2016, as part of the CEMC’s 75th anniversary. In 1998, Opal received the Roscoe Award, the Chorus’ version of an Oscar, for outstanding service to the Chorus through costume design. She could create ANYTHING from a piece of fabric WITHOUT a pattern! Opal was especially proud of the Glinda the Good Witch costume she made for one of the Wizard of Oz Chorus productions, consisting of 45 yards of net and tulle. She designed it in such a way that the actress could glide across the stage and still be fitted into a flying harness without tearing the costume. That costume was rented out all over the country. When it eventually returned and the Chorus did another Wizard of Oz show 10 years later, Opal said ‘The dress is not FIT to be put back on stage’. So she made another beautiful Glinda dress. Opal, you see, was a perfectionist!

She loved everything Disney, Hollywood musicals, the Wizard of Oz, and Hallmark shows. It wasn’t until after the first Caterpillar Chorus fall show that Dwight discovered Opal loved these shows. Every year thereafter, she and Dwight, and later their daughters, made that fall show an annual family outing.

Both she and Dwight enjoyed watching The Lawrence Welk shows as well. They joined the Arthur Murray Dance Club, where they made many long-lasting friends, gathering to play bridge and to usher at various theater venues.

Opal organized large fund-raising events to support the PTA at her daughters’ school, was the Mother’s Club President, and earned the Mother of the Year Award in 1968-69 for her dedication over the years. Both Dwight and Opal gave their daughters a chance to experience a well-rounded life that included introduction to dance, piano lessons, theater, 4-H, marching band, and many other activities. Opal learned to drive a stick shift, with Dwight as her teacher, so that she could transport her daughters to their many activities. The story was that she became frustrated that she couldn’t engage the clutch during one of these lessons and sat in the roadway. She wanted to give up, but Dwight told her that the two of them would just sit there until she figured out how to get the car to move again, and she did. Such determination and problem solving was a part of Opal’s nature.

Opal applied her sewing skills to make a variety of items, including beautiful quilts and curtains. Other homemaking skills included canning of fruits and vegetables, jellies, homemade cookies and pies, creating beautifully decorated birthday cakes, and making homemade candles.  She was quick to offer these items to others, many as thank you gifts. She continued to develop more skills, including china painting, creating beautiful porcelain dolls with customized outfits including miniature copies of wedding dresses, handmade Christmas ornaments, to name just a few.

Fond memories of annual summer family vacations included trips to Busch Stadium in St. Louis to cheer on the Cardinals playing the Cubs, always rooting for the Cardinals to win!

Later in life, she made over 150 Sojourn Bears, the teddy bears given to the patients at the Cancer Center.  Her bear outfits were one of a kind. Opal also helped to raise money for the Morton Community Center and always stepped up to help with ANY community activity or fundraiser that needed a helping hand. For many years, she donated various hand-made items to the Channel 47 Auction, as well as household goods and dolls to the Center for Prevention of Abuse and other charities. She was a very strong supporter of St. Jude Children’s Research Center.

Also later in life, Opal joined Silver Sneakers at a local fitness club. After spending an hour in class, she went to the weight room to exercise on the equipment for another hour. What a great example!

Animals were a big part of Opal’s life. She and Dwight loved to feed and observe the backyard wild birds, squirrels, and rabbits. Inside, their pets at various times were goldfish, finches and canaries, and a variety of Chihuahuas. She even nursed a baby bunny back to health that had been partially run over in the yard. At a Chorus event one year, she approached the dove the magician had pulled out of his hat and tamed it to sit on her finger in just a few minutes.

Both Opal and Dwight loved to garden and were especially proud of the rose garden in the front yard, which mostly consisted of bright red roses.

Opal was very frugal. Memories include sitting at the card table and cutting out and pasting green stamps into a book to buy special items.

When Dwight passed away unexpectedly in August of 1973, Opal went back to work at Caterpillar to support herself and her two daughters. She managed the J Order desk in accounts payable with authority and was respected by all who knew her, including the many suppliers. She excelled at math and could take a large column of figures and add them up in her head. No calculator needed! She retired from there in the early 1980’s.

Opal was a strong, active, and independent lady. She continued to live and maintain their beautiful brick home that she and Dwight designed up until her passing (1954-2021).

Opal was involved for many years with the merchant window displays at the Morton Pumpkin Festival, including being a chairman.

She was proud of her Cherokee Indian heritage. With only a memory as a small child of a grandmother walking her to a garden plot in Tennessee and ancestry research by Debra, she found her Cherokee roots dating back to the 1700’s with such ancestors as Running Deer.

Opal lost her parents when she was 15. Being the oldest, she became responsible for all of her siblings when they were placed with distant family in St. Louis. A short time later, all of them returned to Peoria and were placed in foster care.

A quote comes to mind when we think of Opal: ‘You cannot teach what you do not know. You cannot lead where you do not go.’ Her philosophy was that if you couldn’t say something good about a person, you didn’t say anything.  She also said many times that she would have to live a very long time to accomplish all the things she wanted to do in life, and she succeeded in doing just that.

Visitation will be at 10 a.m. on Monday, May 3, 2021, at Knapp-Johnson Funeral Home and Cremation Center in Morton. Her funeral service will follow at 11 a.m. Social distancing guidelines will be observed during the visitation and funeral service and masks are required. Opal’s service will be live streamed via the funeral home Facebook profile at http://www.facebook.com/knappjohnsonfuneralhome. Burial will be at Hillcrest Memory Gardens in Morton, following the service.

Memorial donations can be made to the St. Jude Children’s Research Hospital in memory of Opal French, an organization she strongly supported throughout her life.

To view Opal’s online video tribute or to leave a condolence for the family, visit www.knappjohnson.com.

To send flowers to the family in memory of Opal French, please visit our flower store.