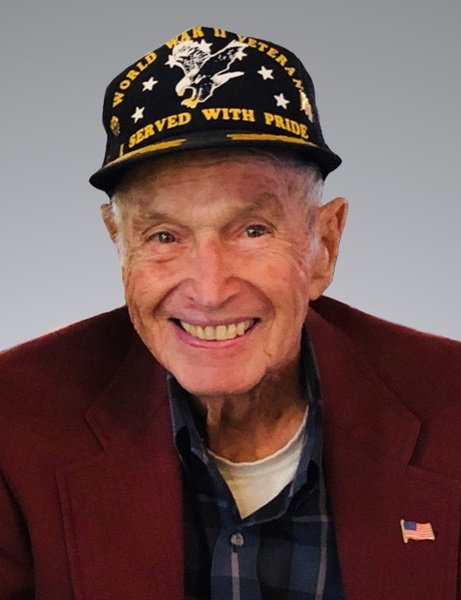 He was born on September 30, 1922 in Carbondale, Ill., to the late John and Phoebe (Williams) DeWitt. He married Doris Stegmaier in East Peoria on November 15, 1947. She preceded him in death on October 4, 2013. He was also preceded in death by three brothers and five sisters.

Ralph was a United States Army Air Corps veteran and served in France and Germany from 1941 to 1945, during WWII.

He worked for Allis Chalmers and retired in his 50’s. Ralph then continued to work at Couch and Heyle, MRS Industries, and Advanced Technology Services. He finally retired at the age of 80.

Ralph also worked on the family farm with his brother-in-law, Don, raising horses and cows, while providing hay and feed for the animals.

He and his wife, Doris, always spent time in their garden and canned all of the veggies and fruits from their harvest.

Ralph and Doris were members of Grace Presbyterian Church in Peoria for over 60 years, serving in various capacities.

Cremation rites have been accorded. A private burial of cremated remains will be at Hillcrest Memory Gardens in Morton on Monday, September 28, 2020.

Memorials may be made to South Side Mission or the charity of the donor’s choice.

The family would like to thank the staff at OSF Richard L. Owens Hospice for their compassionate care.

To send flowers to the family in memory of Ralph DeWitt, please visit our flower store.