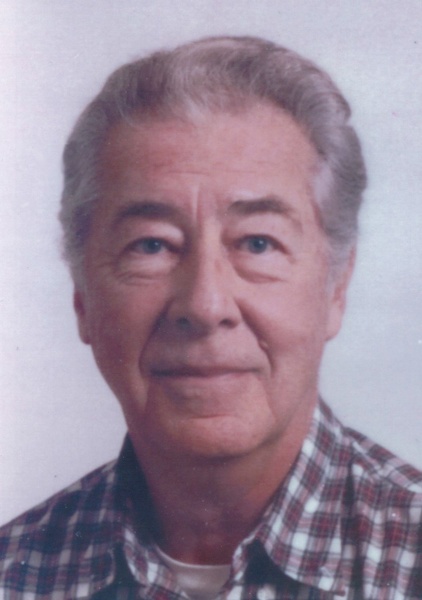 He was born on February 8, 1930, in Chicago, Ill., to Paul and Rose (Cutaia) Moley. He married Sandra Labellart in 1951. She preceded him in death in 1986. He then married Renetta (Janick) Strunk in 1988.
Surviving are his wife, Renetta Moley of Sun City West, Ariz.; two daughters, Linda Moley of Sun City, Ariz. and Janet Camp of Morton; two step-daughters, Jill (Rodney) Owen and Kim (Mark) Deterding; four grandsons, Ryan Camp, Nicholas Camp, Alex Camp, and Christopher Camp; two step-grandsons; one step-granddaughter; 12 great-grandchildren; and one half-sister, Paulette (Mark) Jourdain.
He was also preceded in death by his parents and one sister.
Dick graduated from Lake Forest High School in Lake Forest, Ill., and attended Loyola University in Los Angeles, Calif. He served two years in the United States Army during the Korean War and was on President Eisenhower’s security detail. He was privileged to join the Honor Flight in 2018. Dick worked in sales in the food brokerage industry for 35 years, for Lever Brothers Company and Calkins and Co.
For the last 22 years, he and his wife have lived retired in Arizona.
Dick was a die-hard Chicago Cubs fan and served for 18 years as Head Usher during spring training at Surprise Stadium in Arizona.
Over the years, he served in many civic clubs and organizations in Illinois and Arizona. He was past president of Morton Lions Club, past president of Kennel Lake Sportsman Club in Morton, member of the American Legion in Surprise, Ariz. for 17 years, and was Parade Marshall for the Lake Bluff parade in 2010.
Cremation rites have been accorded. A memorial service will be held at 10 a.m. on January 8, 2022, at Surprise Funeral Care in Surprise, Ariz. A graveside burial of cremated remains will be held at Roberts Cemetery in Morton at a later date.
In lieu of flowers, memorials may be sent to Honor Flight Arizona, 8711 E. Pinnacle Peak Rd. #198, Scottsdale, AZ 85255 or via https://honorflightaz.org/donate/.

To send flowers to the family in memory of Richard Moley, please visit our flower store.