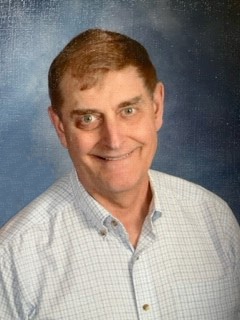 He was preceded in death by his parents; brother, Donald and sister-in-law, Bobbye; and brother-in-law, Ray Coxon.

Richard earned his Eagle Scout badge and loved the outdoors. He looked forward to his herpetology presentations at Wildlife Prairie Park and thoroughly enjoyed his volunteer services at OSF Hospital.

He served in the Army’s field artillery unit in Vietnam in 1970-71 and worked at Caterpillar for 38 years, most recently in Morton’s IT Department.

Richard was a member of Sacre Coeur Church until it closed in 2014 and at Blessed Sacrament Church in Morton since then.

Cremation rites have been accorded. Visitation will be at Blessed Sacrament Catholic Church in Morton on Saturday, March 19, 2022, from 9 to 10:15 a.m. followed by a Funeral Mass at 10:30 a.m. with Msgr. Jerry Ward officiating. Inurnment will be at Resurrection Mausoleum in Peoria at a later date.

If you choose to make a donation, you might consider the Richard L. Owens Hospice Home, Blessed Sacrament Catholic Church or the Illinois Cancer Center.

To order memorial trees or send flowers to the family in memory of Richard Tomsovic, please visit our flower store.