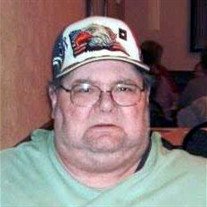 RICKY G. POLLARD
DEER CREEK - Ricky G. Pollard, 67, of Deer Creek, passed away Mon., July 24, 2017, at UnityPoint Health - Methodist in Peoria.
Ricky was born Sept. 10, 1949, in Carmi, Ill., to Martin and Mable (Harris) Pollard. He married Barbara Cooper on Nov. 24, 1967 in Granite City, Ill.
Surviving are his wife, Barbara of Deer Creek; three sons, Martin "Marty" Pollard of Grant, Ala., Robert "Robbie" (Veronica) Pollard of Kansas City, Kan., and Ricky (Stacy) Pollard of Pekin; one daughter, Regina "Gina" Pollard of Bloomington; 10 grandchildren, and nine great-grandchildren. Ricky is also survived by four brothers, Martin "Allen" (Faye) Pollard of Fla., Gary Pollard of Calif., Sherill (Bonnie) Pollard of Ariz., and Richard (Tresa) Pollard of Calif.; and one sister, Martha (Larry) Oliver of Ariz.
He was preceded in death by his parents; one brother, Terry Pollard; and one sister Mary Sue Pollard.
Ricky proudly served his country by serving in the U.S. Army from 1966 to 1969.
Ricky worked as a Service Writer for McAllister Cadillac in Whittier, Calif., for eight years.
Ricky was raised Baptist by faith. He enjoyed fishing, bowling, and most importantly, spending time with his family.

Cremation rites have been accorded.
Visitation will be held Thurs., July 27, 2017 from 10 to 11 a.m., with a Celebration of Life service following at 11 a.m., at Deer Creek Baptist Church in Deer Creek, with Pastor Steve Evans officiating. Full military rites will be conducted at the church following the service.

Memorials may be made to the charity of the donor's choice.

To send flowers to the family in memory of Ricky Pollard, please visit our flower store.
Send a Sympathy Card