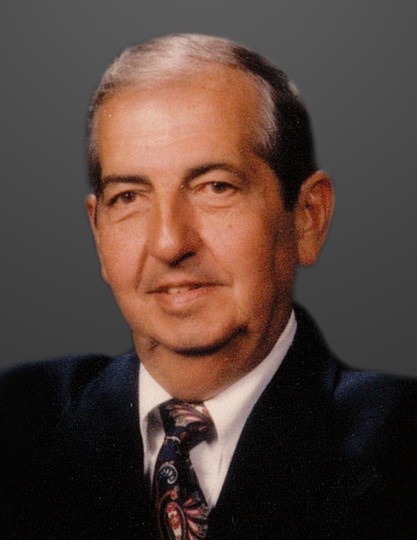 Robert “Bob” Eugene Billiter, 89, of Morton, formerly of Atlanta, Ill., passed away on August 8, 2020, at Villas of Holly Brook in Morton.

Bob was a lifelong resident of Atlanta, except for several years in his early teens when his family moved to Peoria to be closer to his father’s work.  The family returned to Atlanta during Bob’s sophomore year.  He was a 1949 graduate of Atlanta High School and attended Illinois State Normal University prior to enlisting in the United States Army in 1951. He married Wanda Reinhart on June 13, 1954, in Waynesville, Ill.

He was preceded in death by his parents and two brothers, Edward and Joseph Jr.

Bob served his country with the 5th RCT in Korea, during the Korean Conflict from 1951-1953. Although Bob suffered from Rheumatic fever and was later hospitalized for 6 weeks while in basic training, he continued to Korea with his unit to serve overseas. He rotated back to the states the day after the Armistice was signed in July 1953. After returning home, he married the love of his life, in 1954. He and Wanda were married for 66 years.

Upon returning from the service, Bob worked briefly for the Atlanta Argus newspaper and then worked for General Electric in Bloomington, before joining Cutler Hammer Eaton Corporation in Lincoln, Ill. He worked at for Cutler Hammer Eaton for 35 years, retiring in 1993 as a Senior Buyer.

Bob loved spending time with Wanda, his family, and friends at many Lake of the Ozarks resorts over the years, and then at their cabin on the lake in Camdenton, Mo. This love affair with the lake began in the 1940’s, when he first began vacationing there with his parents. Many fond memories were been made with his grandchildren and great-grandchildren since he and Wanda purchased the cabin in 1984.

A funeral service will be held at 11 a.m. on Friday, August 14, 2020, at Grace Church in Morton, with his grandson Derek Henricks and Pastor Caleb McClarren officiating. Visitation will be from 9:30 to 10:45 a.m., prior to the service at the church. Social distancing guidelines will be observed during the visitation and funeral and masks are required.  Military rites will be conducted following the service. Cremation rites will be accorded following the service, with burial of the cremated remains in Atlanta Cemetery in Atlanta Ill., at a later date.

Memorials may be made to Atlanta United Methodist Church or Atlanta Rescue Squad.

To send flowers to the family in memory of Robert E. Billiter, please visit our flower store.
Send a Sympathy Card