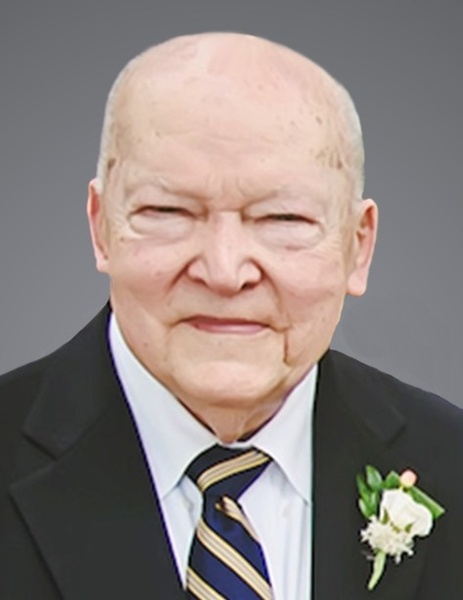 He graduated from Morton High School in 1950, took his premed studies at Bradley University, and received his M.D. from the University of Illinois, Chicago, in 1957. His postgraduate six-year surgical training was interrupted in the middle by a tour in the U.S. Navy, where he received the rank of Lt. Commander and served as Medical Officer on the Aircraft Carrier USS Hornet.

After he completed his training, he returned to Peoria, formed a surgery group with three other surgeons, and entered practice. He was Chief of Surgery at OSF Hospital where he also served as President of the Medical Staff.

Late in his career, he joined Caterpillar, Inc. as Medical Director of Group Insurance. While at Caterpillar, he developed an expert computer system and was awarded a U.S. Patent for it. Together with “the Health Policy Institute of Boston University” he founded a successful software company, based in Boston, listed on the NASDAQ Exchange.

Dr. Hertenstein served 20 years on the Morton City Council, four terms as Mayor. He was very gratified by the upgrading of infrastructure, equipment, and business practices that was accomplished during his tenure.

He also farmed in Brazil for a number of years and enjoyed his frequent trips to the area, acquiring a knowledge of the local culture.

During his retirement, he enjoyed traveling with his wife and later with his son, covering a good portion of the world. He also enjoyed reading and spending his summers at his cabin in the far North Woods of Wisconsin.

A private funeral service will be held at Morton United Methodist Church in Morton. Burial will be at Hirstein Cemetery in Morton.

In lieu of flowers, memorials may be made to Morton United Methodist Church.

To send flowers to the family in memory of Robert D. Hertenstein, MD, please visit our flower store.