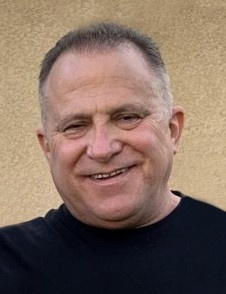 He was preceded in death by his mother.

Scott was an educator, body builder, trainer, nutritionist, entrepreneur, engineer, and friend to many. His list of universities attended and degrees is too numerous to list, but included several masters and PhD degrees. His love of Jesus Christ was always evident to his friends, as was his love and admiration of his daughters, Samantha and Bella, who are his greatest legacy. He will be dearly missed by his family and friends.

A private graveside service will be held at Goodfield-Congerville Apostolic Christian Cemetery in Congerville, Ill., with church ministers officiating.

Memorials may be made to a college education fund for Scott’s daughters at Goodfield State Bank, with checks made out to “FBO Samantha and Bella Hohulin”.

To send flowers to the family in memory of Scott Hohulin, please visit our flower store.