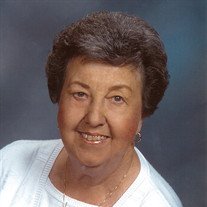 VIOLA WEDDLE
MESA, ARIZ. - Viola "Vi" Weddle, 92, of Mesa, Ariz., formerly of Morton, passed away Sat., Aug. 5, 2017.
Vi was born Sept. 16, 1924, in St. Joseph, Mo., to Martin and Lula Mae (Mathers) Logan. She married Clayton Weddle on May 25, 1946 in St. Joseph, Mo. Her husband preceded her in death on Feb. 2, 1987.
Surviving are her two daughters, Cathy Alesandrini of Mesa, Ariz. and Nancy (Terry) Weddle-Evans of Washington, Ill.; five grandchildren, Craig (Megan) Miller II, D.J. (Kami) Mefford, Lindsay (Brian) Hainline, Derick Mefford, and Brittney Collins; and seven great grandchildren, Alexis Long, Blake Long, Ava Morgan, Boden Morgan, Nicholas Hainline, Payne Mefford, and Addison Mefford. She is also survived by 2 step grandchildren, Andrea (Eli) Parker and Amy (Allen) Yee; and five step great grandchildren, Korbin, Brekin, and Abram Parker, Caitlin and Abigail Yee, and many nieces and nephews.
Vi was preceded in death by four brothers, Harry, Ed, Martin, and Charles.
Vi worked as a secretary for Hillyard Chemical Company in St. Joseph, Mo., and later as the secretary for the Creve Coeur Christian Church.
Vi enjoyed staying active. She was an avid golfer and would frequently play in league tournaments. Being actively involved and volunteering for various church and school functions was very important to her. She was a PTA President for the school from 1958 through the early 1960's. Vi was also a Girl Scout Leader for 10 years.
Vi is now back in the waiting arms of her beloved husband Clayton, her forever dance and golf partner. She was loved, admired and known by so many.

Cremation rites have been accorded.
Vi was an active member of Morton United Methodist Church where a Celebration of Life Service will be held Fri., Sept. 29, 2017 at 10 a.m. with Rev. Gary Feldman officiating. A private graveside service will be held for the family at Roberts Cemetery in Morton.

Memorials may be made to Morton United Methodist Church and to the Wounded Warriors Project.

To send flowers to the family in memory of Viola "Vi" Weddle, please visit our flower store.
Send a Sympathy Card