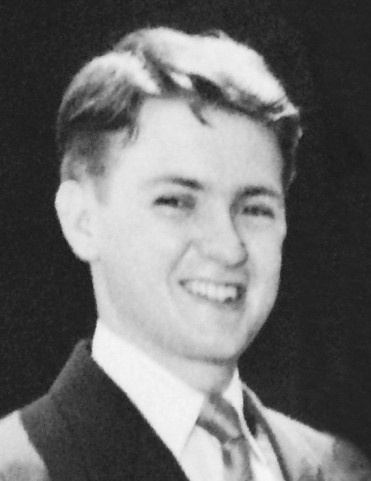 Bill was a graduate of Illinois Wesleyan University. Upon graduating, he went to work for Commercial National Bank in Peoria, Ill., often working two jobs in the early years, while raising four boys with his loving bride, Joan, who he married in his last year of college. He completed his professional career at Morton Community Bank when his health interfered in his 80’s.

He spent his life serving others in any way he was capable, always placing the needs of other people above his own. He set a true example for his children and community, of what it meant to be a real man, a husband, a father, an advisor, and a protector.

Bill was director of the board of St. Francis Community Clinic for over 20 years of his 32 years of service to the community clinic, serving the sick, poor, and underprivileged of the greater Peoria area, by providing hope to those people with no insurance and nowhere else to go for medical care.

Bill was an exceptional banker his entire professional life, specializing in commercial lending for many great institutions in his illustrious professional career, but nothing brought him happiness more than seeing his children and others thrive and be happy.

The world lost a good man, but his memories live on in the many hearts he touched.

Bill was a member of Blessed Sacrament Catholic Church of Morton, where a private Mass of Christian Burial will be held, Saturday, June 13, 2020, with Msgr. Gerald Ward officiating. Entombment will follow in Resurrection Mausoleum in Peoria.

Memorials may be made to Blessed Sacrament Catholic Church or the charity of the donor’s choice.

Online condolences may be sent to the family www.knappjohnson.com.

To send flowers to the family in memory of William M. "Bill" Anderson III, please visit our flower store.